"Between Heaven and Earth" 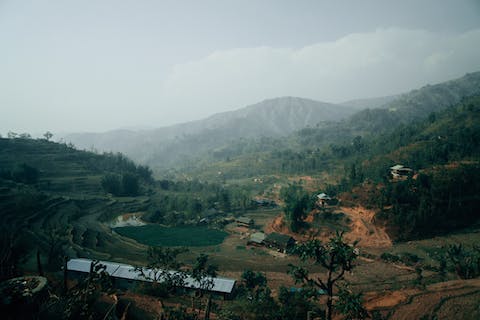 The climb up to Shree Secondary School is as steep as it is long. Farm terraces stack up the mountainside like floors of a building, and the narrow dirt paths that line the edges offer no easy or direct route.

Students making the trek from their homes in the community below weave back and forth along contoured edges of rice, maize, and millet, carefully focused on not losing their balance.

The school itself feels halfway to the sky, but when you arrive at that top of that mountain, the view is worth the journey.

The Shree Secondary School serves a cluster of communities that are home to about 4,600 people in the Sinduhli District. It’s one of few schools in the area and the only one that offers Kindergarten through 12th grade classes. But the truly special part is the faculty who stand before these 527 students each day — 15 incredibly passionate and talented teachers working to improve the lives and futures of kids in Nepal.

35-year-old Netra Bahadur Pulami is one of those teachers. 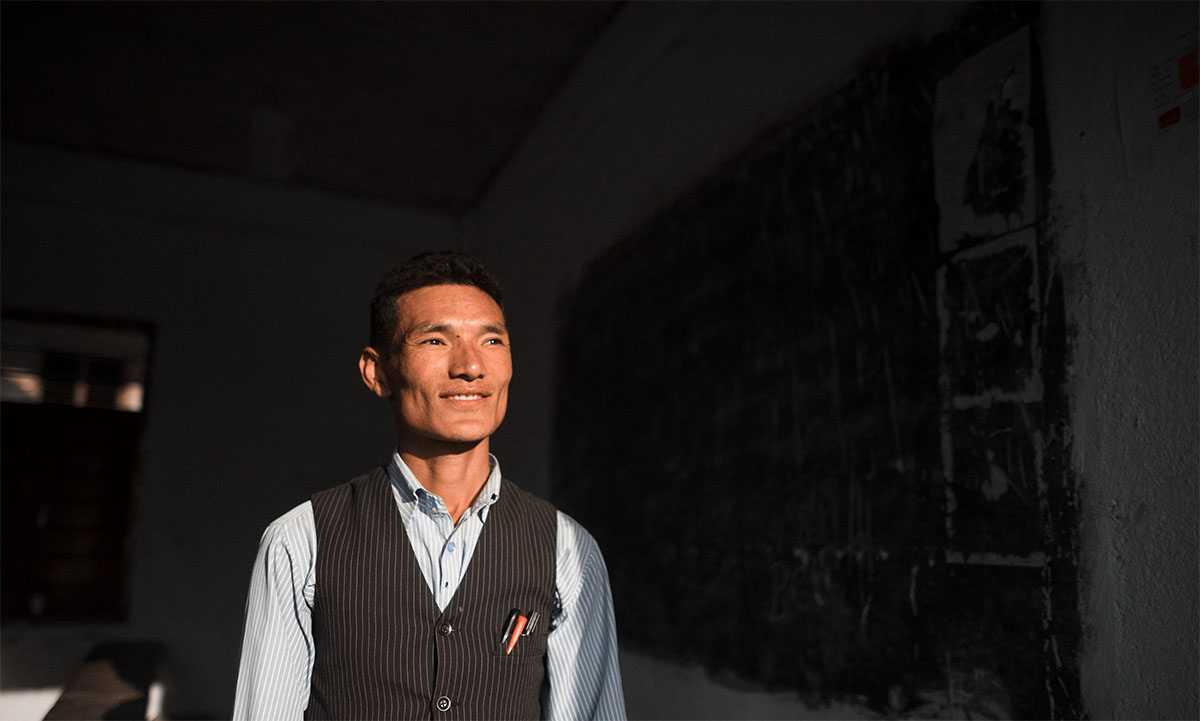 Netra attended Shree Secondary School as a boy. Which means that he too made the long trek up to the top of the mountain to go to class. But for him, the climb was often the easiest part.

For starters, Netra struggled with schoolwork.

English was a particularly tough subject for him. He failed it three times. “I just found it to be very difficult,” Netra said. But failing only made him want to work harder.

The second challenge was dirty water.

For Netra and his classmates, it was hard to stay healthy enough to attend school regularly. Because they didn’t have access to clean water, families had to rely on rivers and ponds for things like drinking, cooking, and bathing.

“When I was a student here, my friends and I would walk down the hill to drink water from the river,” Netra shared. “We often had diarrhea and stomach aches. After dinner, I would sometimes vomit. There were a lot of problems back then.” 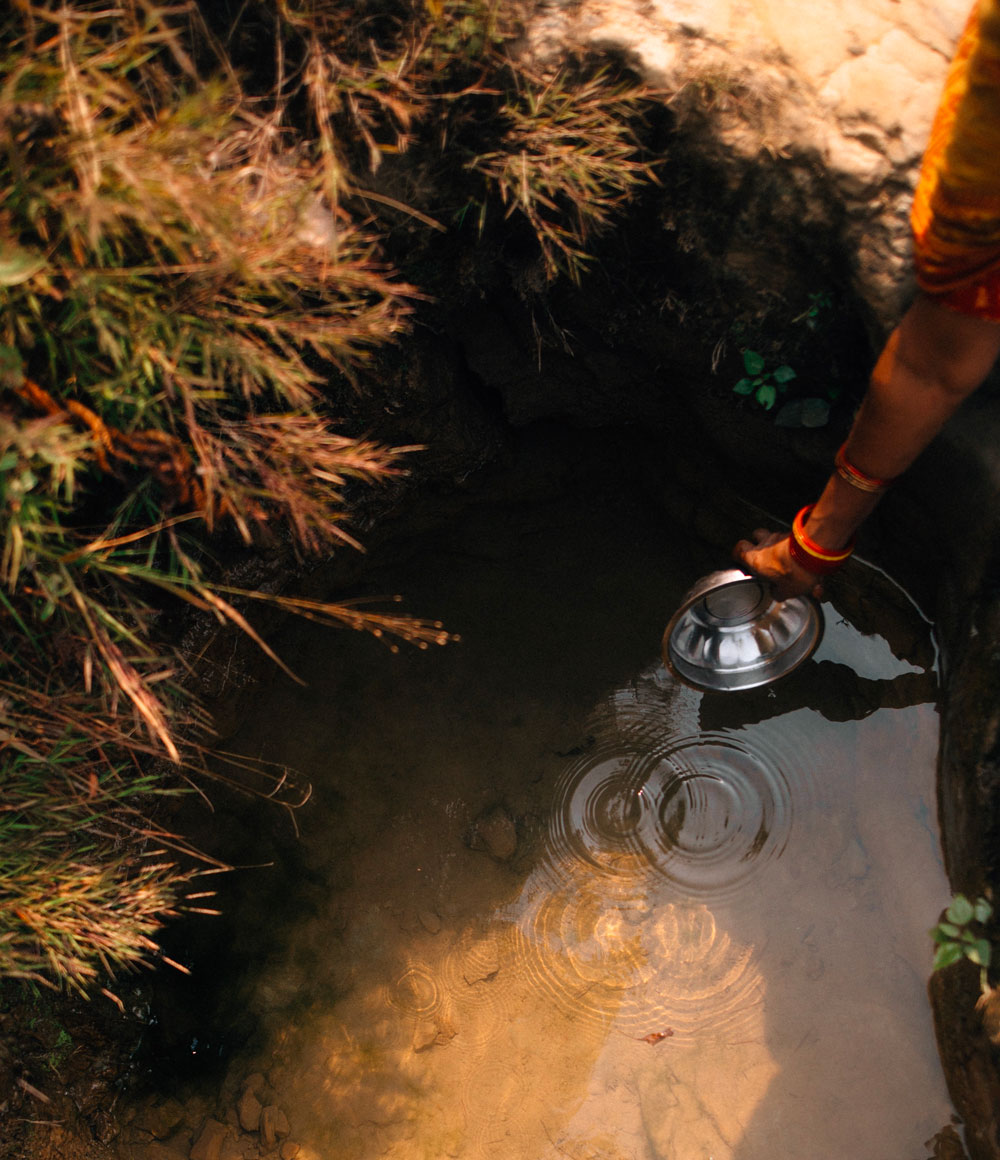 While many of his friends dropped out of school, Netra didn’t give up. He went from eager-to-learn to determined-to-master-his-classes. And though it was a slow journey, he retook every failed class or test until he passed.

When Netra finally graduated, he knew right away that he wanted to become an English teacher and make learning easier for kids who were struggling with the same subject that had been so difficult for him.

“If I can help children learn better English, they’ll face less hardship than I faced. I’ll be very happy to have done so.”

In 2009, Netra started his first year as a teacher at Shree Secondary School. But the most dramatic change came a few years later.

In 2013, our local partner, Nepal Water for Health (NEWAH), began constructing a massive, gravity-fed piped water system that captured the natural spring water high up in the mountains and delivered it down to tap stands located throughout Netra’s community.

At that moment, everything changed. 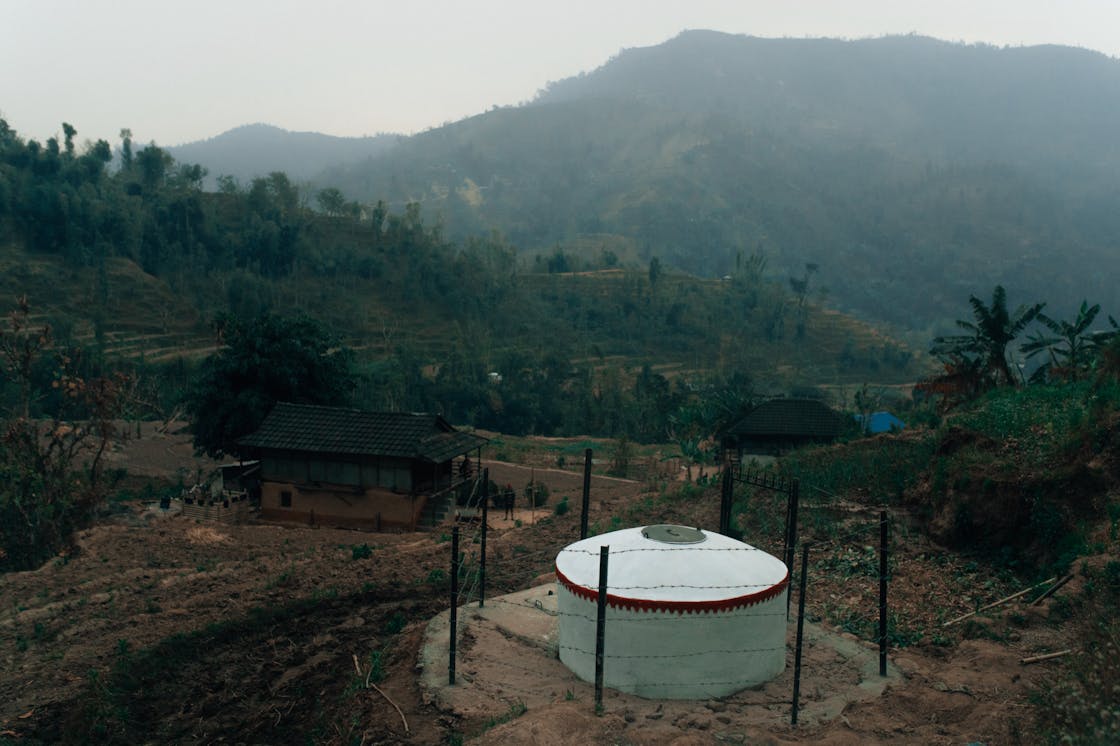 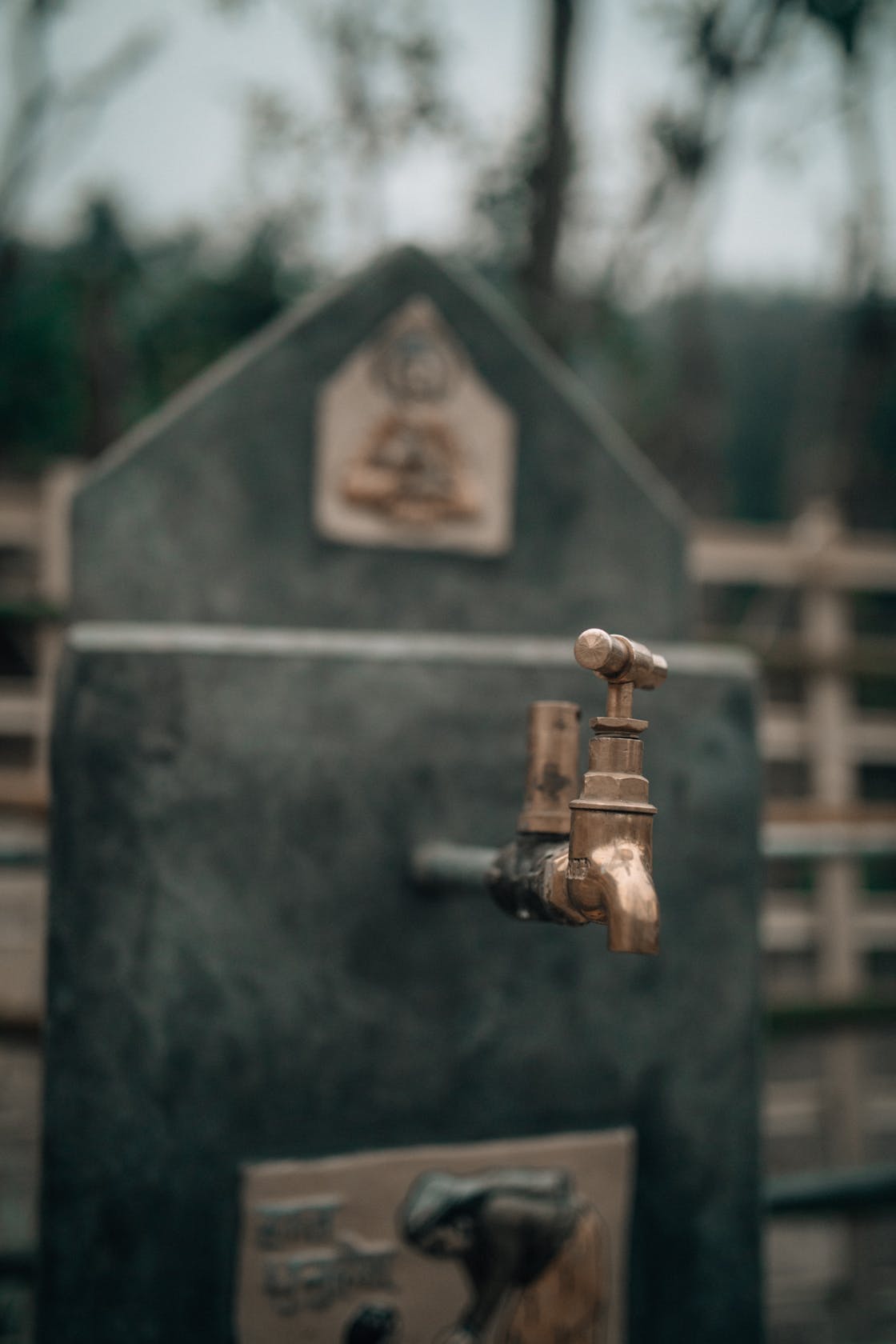 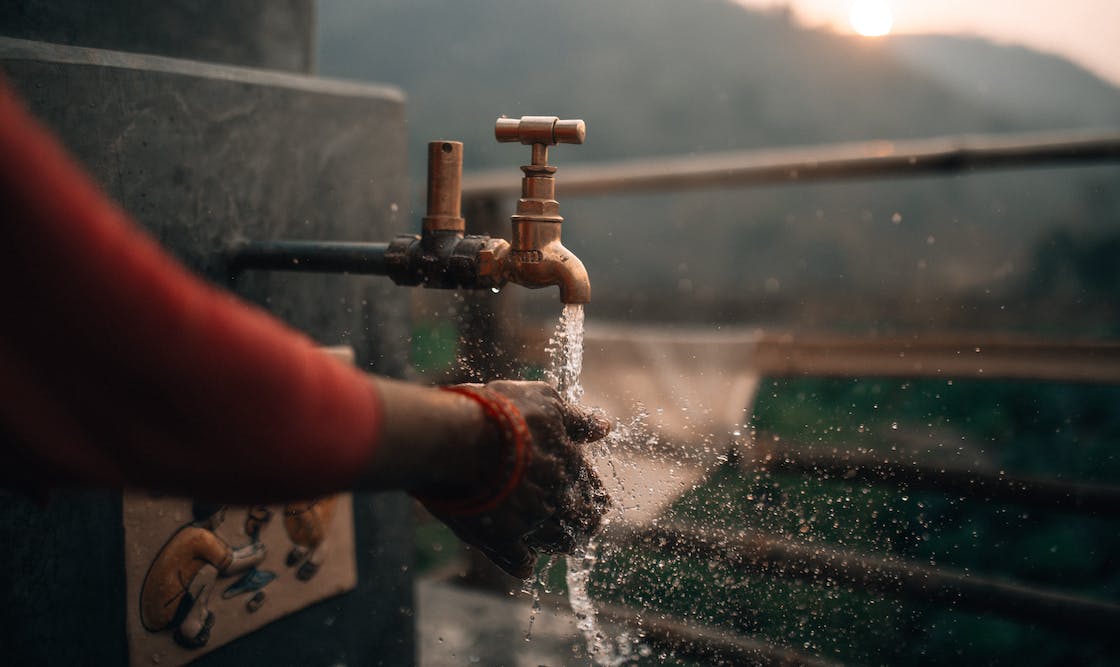 Instead of having to climb and search for water, families suddenly had access right next to their homes. And because it was a clean and safe water source, the health of the community transformed.

The local clinic went from seeing 700 patients per month down to 60–65. The reported number of diarrhea cases dropped from a high of more than 6,000 per year to under 200. 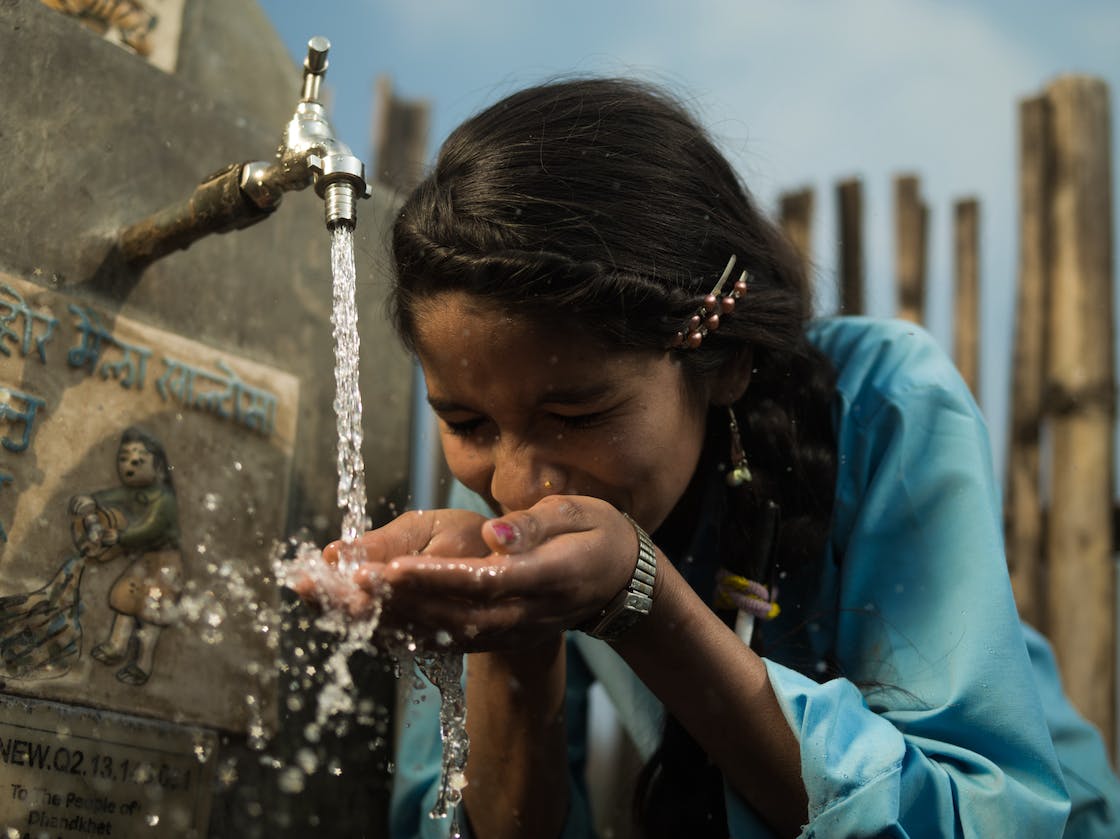 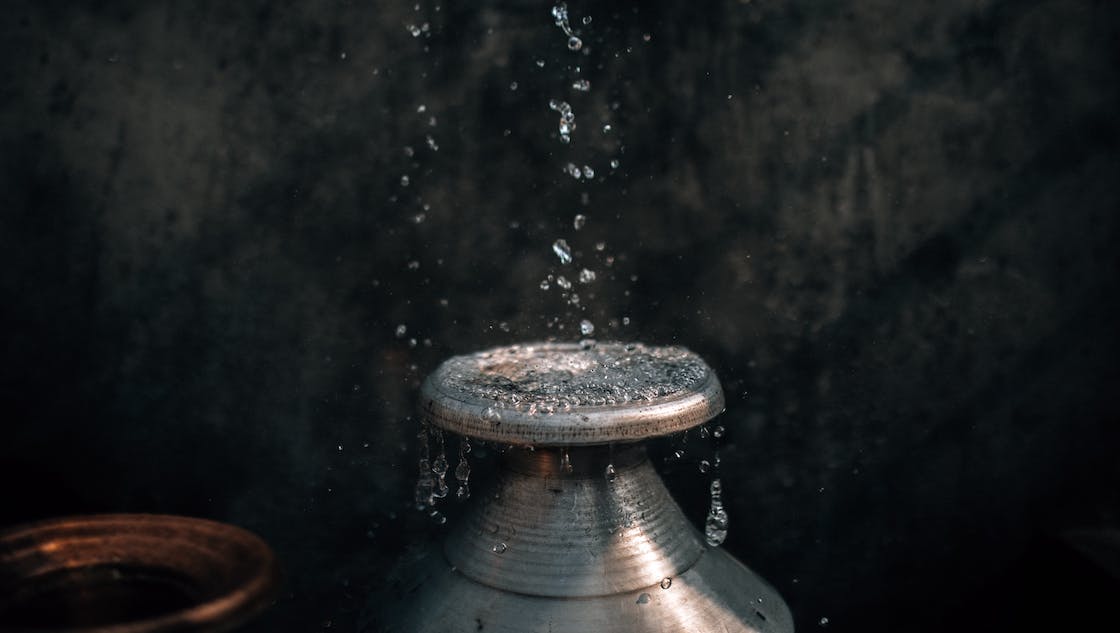 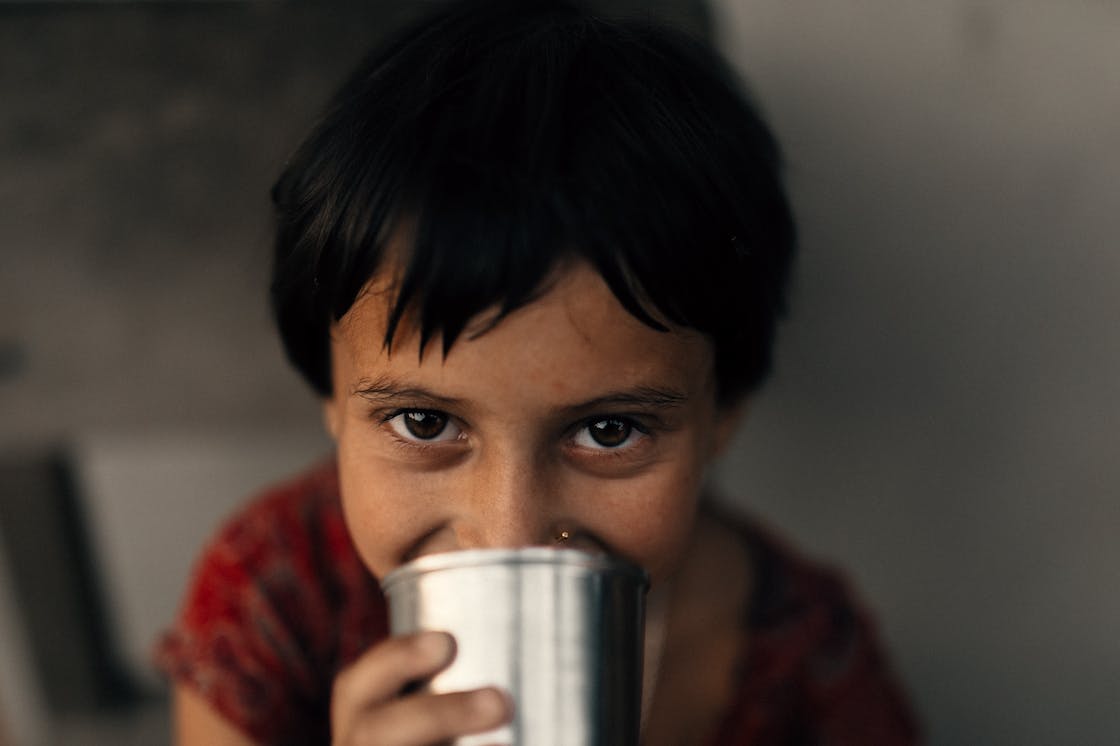 The best part was the change at school.

As teachers like Netra began to emphasize the importance of health and hygiene for students, they started having more students to teach. Healthier kids meant fuller classrooms. 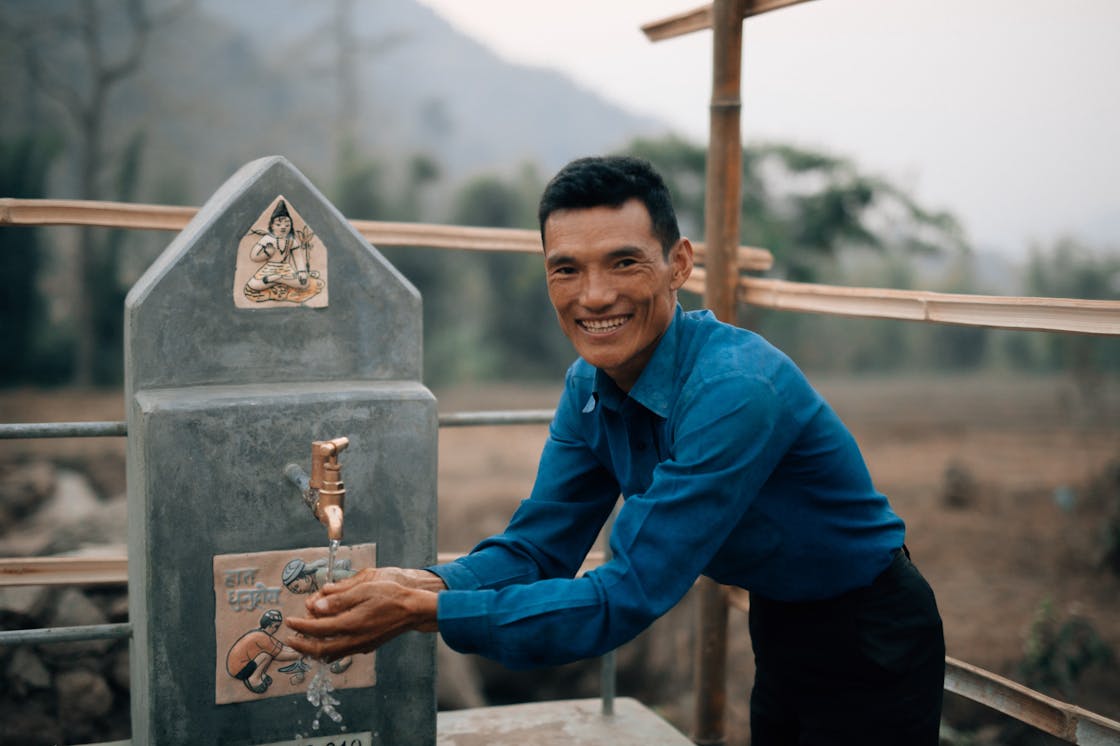 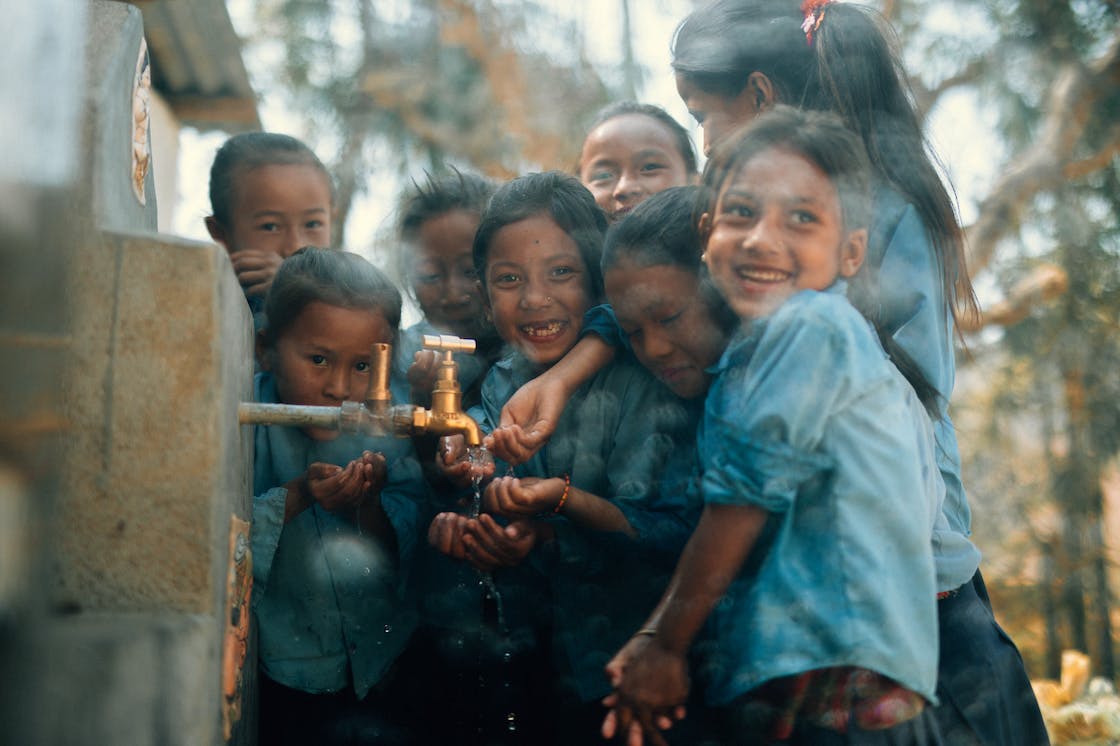 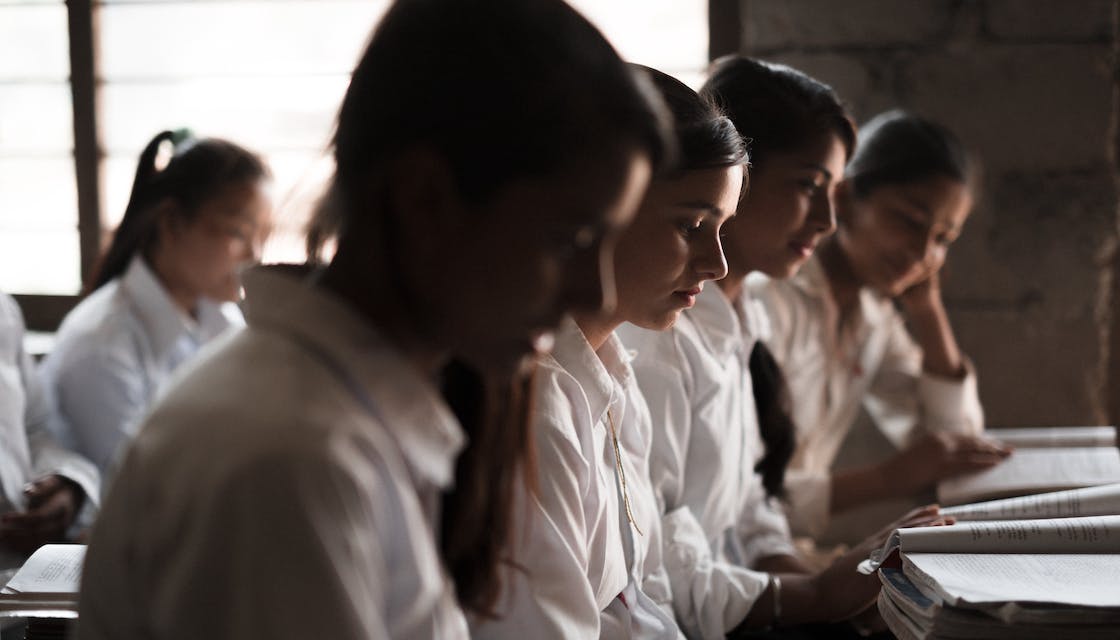 Suddenly, the challenges that he had faced as a boy weren’t challenges for students here anymore. And Netra saw the opportunity.

Not just to teach English, but to inspire new dreams. To challenge kids to think bigger. To encourage understanding about what’s going on in their country and around the world. To highlight new industries. To build future leaders.

Today, Netra’s students will gladly tell you that they aspire to become scientists, doctors, engineers, teachers, and social workers. That they want to research health and make medicines for others. That they’re eager to embrace technology. That they want to build a better future for themselves, their families, and their community.

“When I was little, there was no such thing as dreaming to be an engineer, teacher, or pilot.” Netra shared. “Because the environment didn’t nurture such kinds of ambition.”

“The difference is between heaven and earth.” 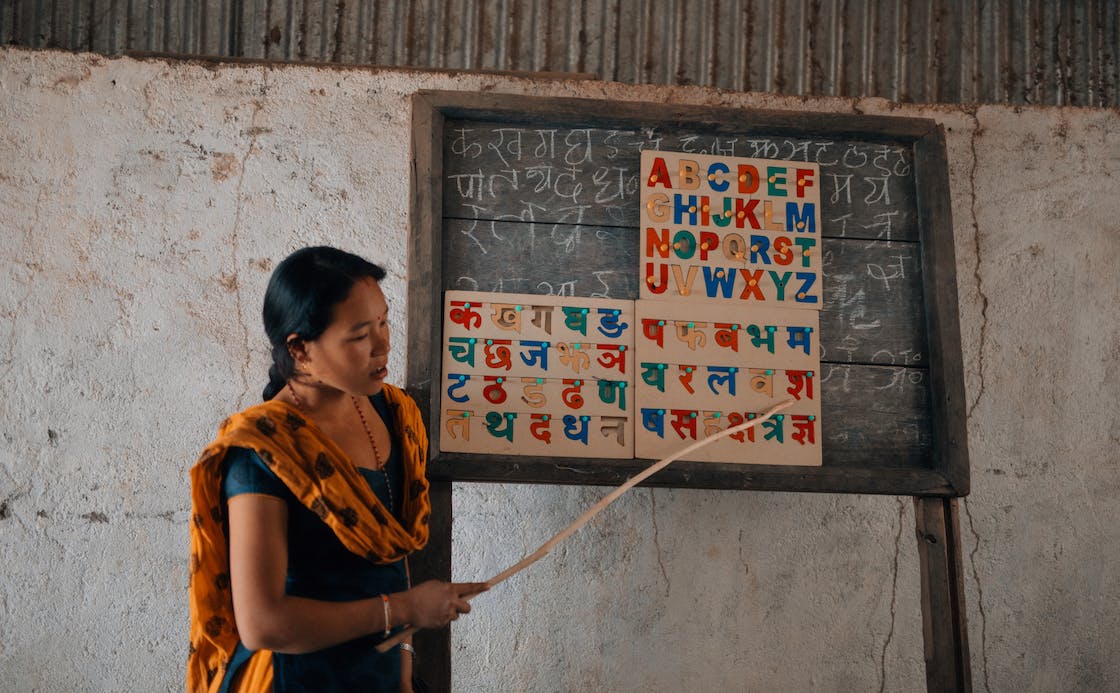 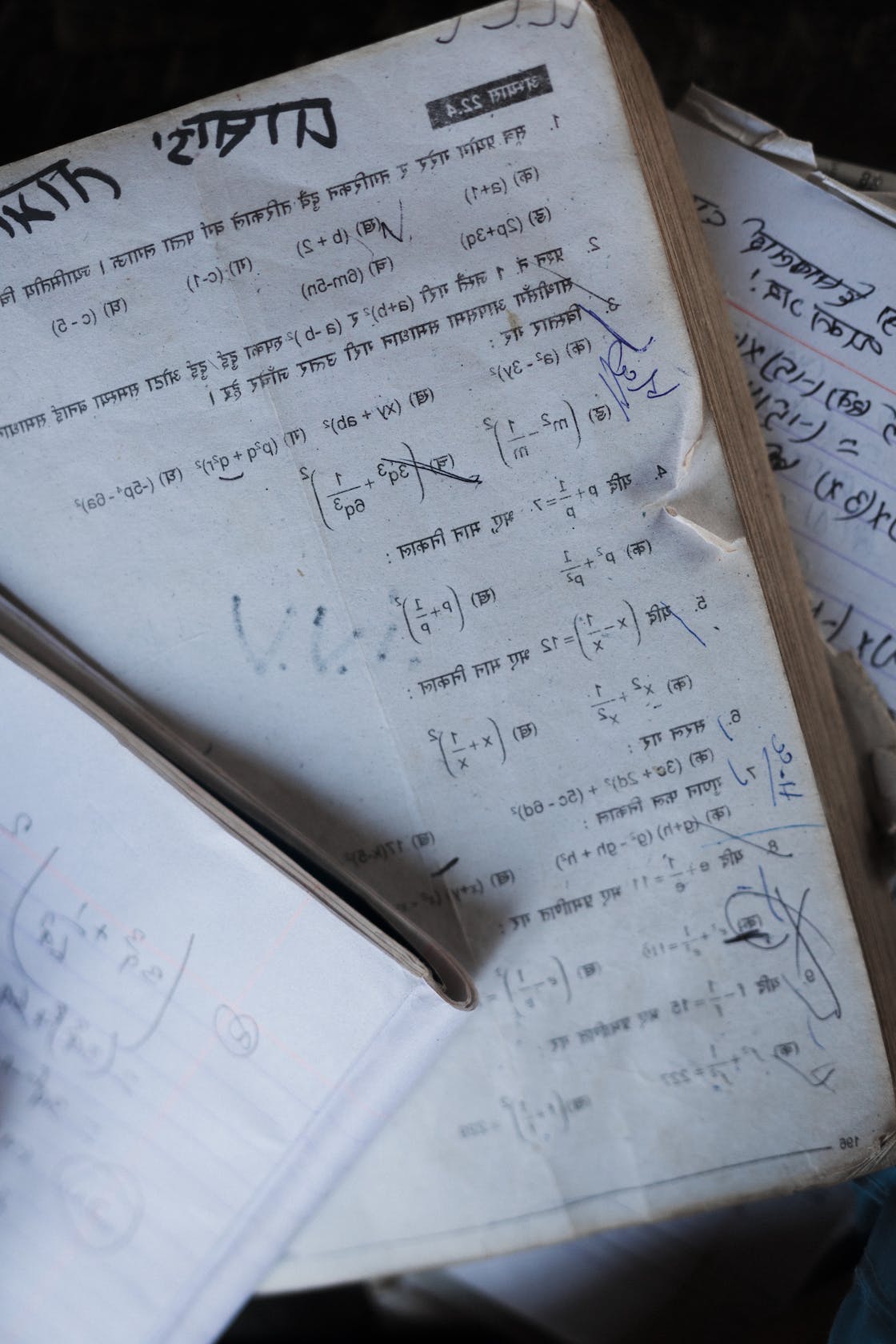 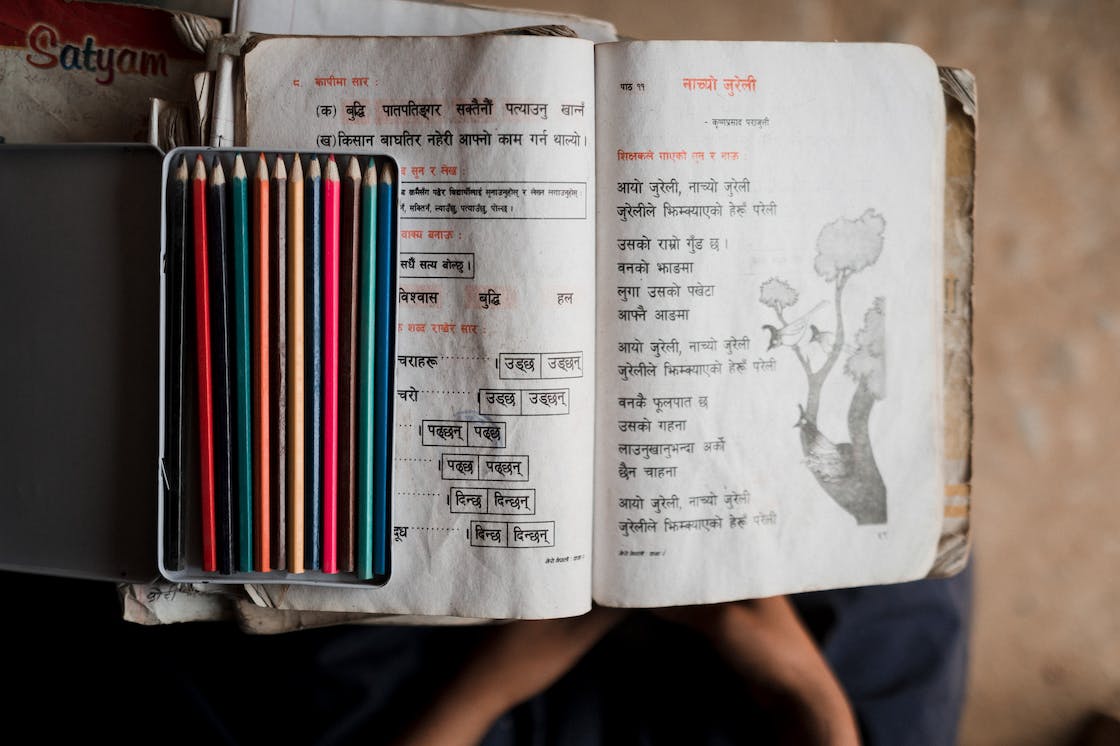 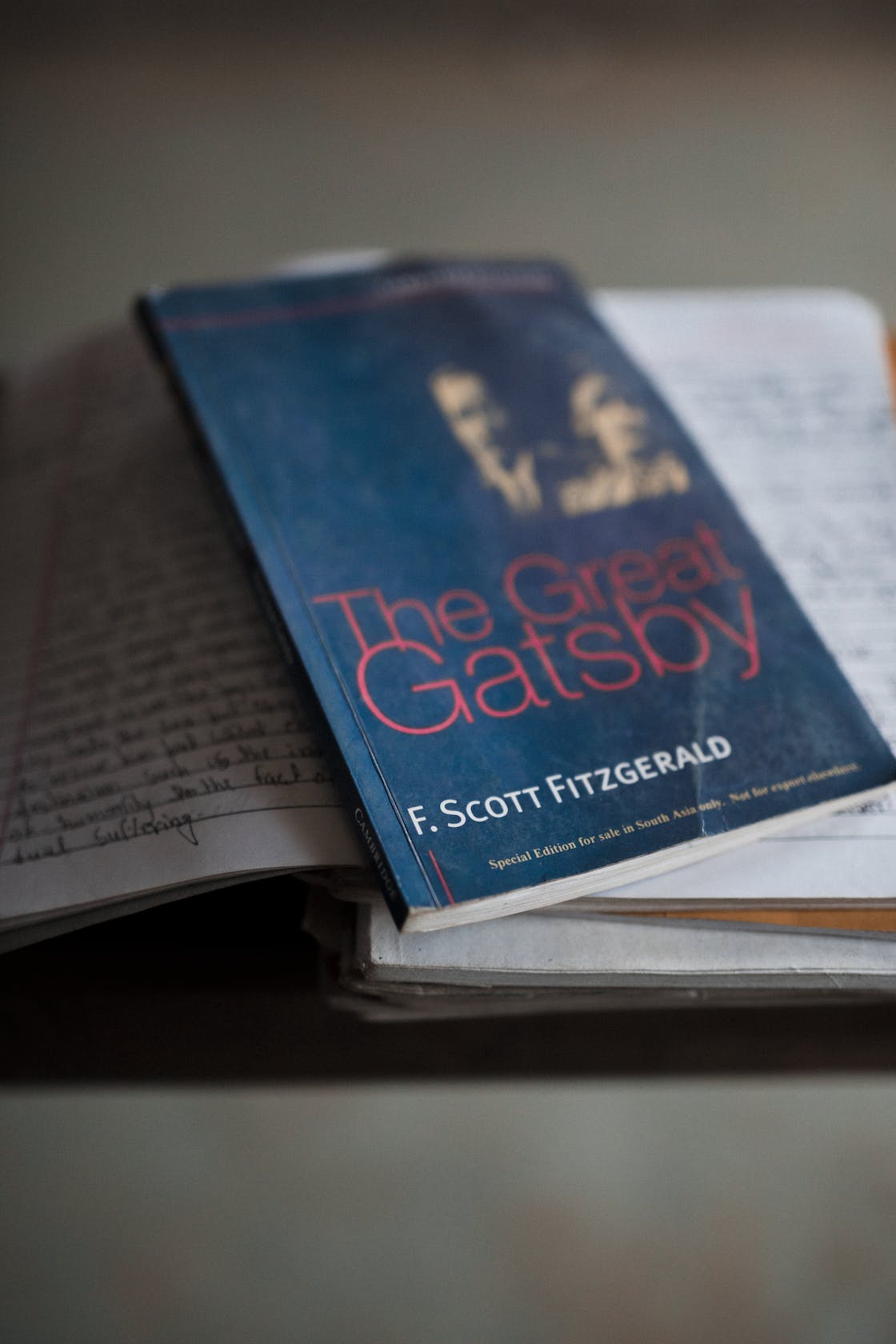 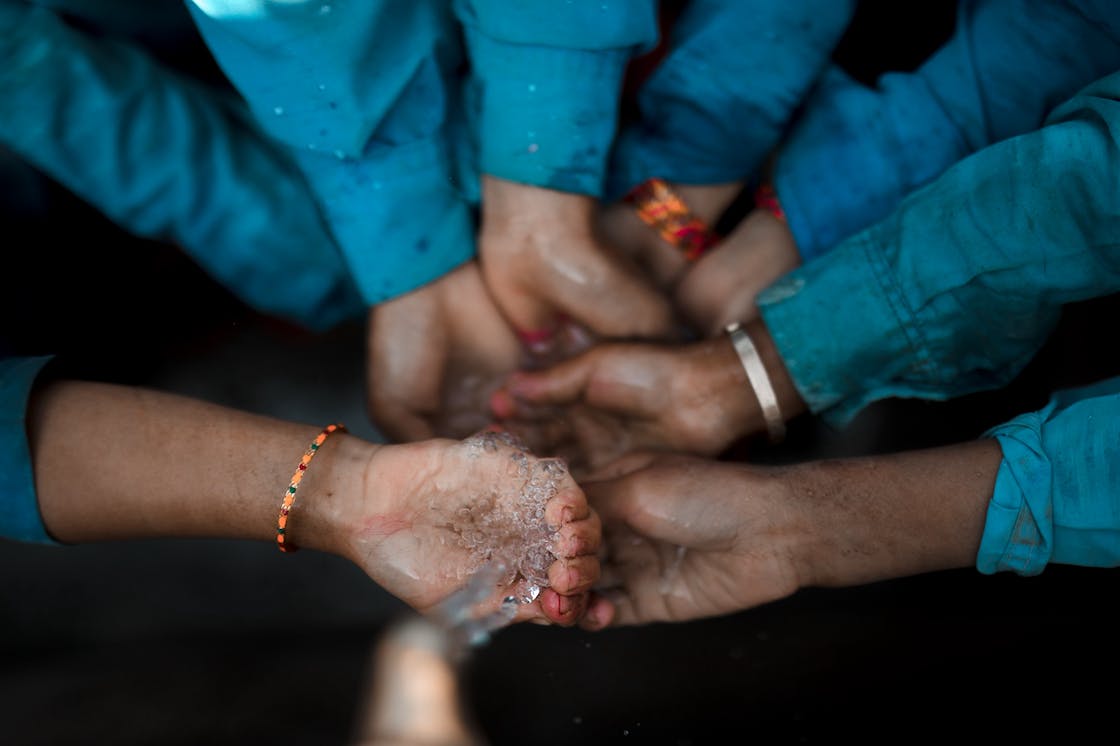