The Water Crisis is a Women's Issue

Access to clean water changes life for women and girls around the world. 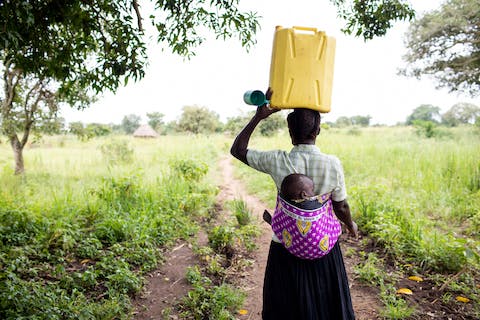 Those are just a few of the words we could use to describe the incredible women we’ve met over the years. These are women who raise families, start businesses, and perfect their crafts. Women who are capable of so much—especially when they’re relieved of their 40-pound (about 20 kilos) Jerry Cans and their long, dangerous walks for water.

But the reality is, women and girls are disproportionately responsible for collecting water in nearly every developing region. As we spend this month celebrating and observing International Women’s Day and World Water Day, we want to share that reality with you.

Because while water is a human issue, it’s first and foremost, a women’s issue.

We’ve met young girls who walk in the 115ºF (46ºC) heat of the Sahel Desert to collect water from 1,000-year-old holes. We’ve met women in Ethiopia who walk to the river before sunrise and don’t get back until after lunch. We’ve even met mothers in Mali who sometimes sleep next to an open water source so they can be first in line when the water refills the next morning. 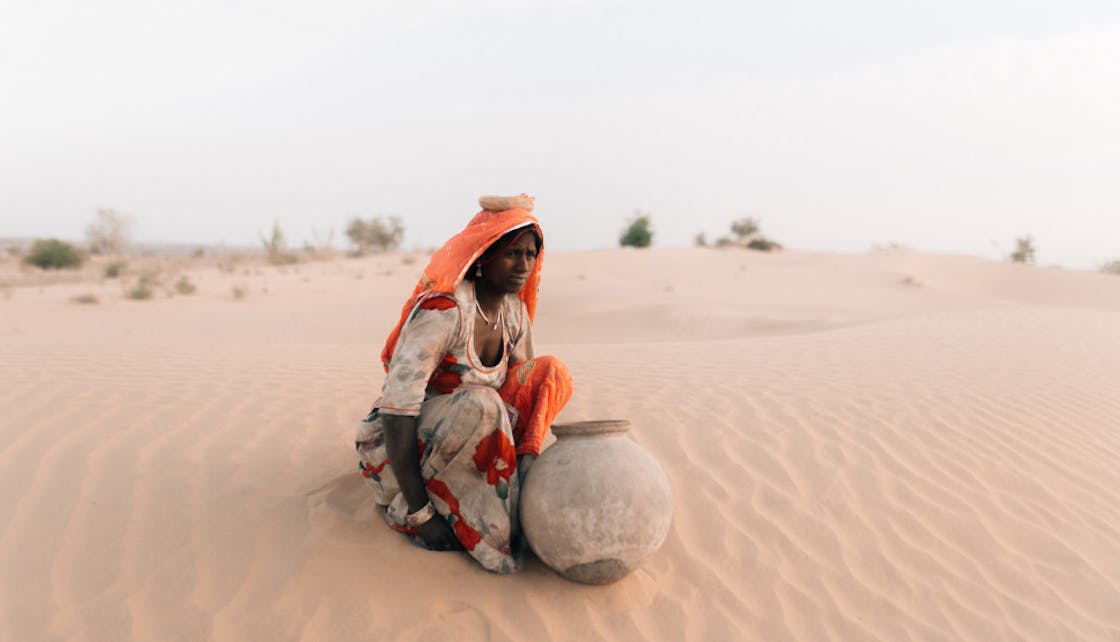 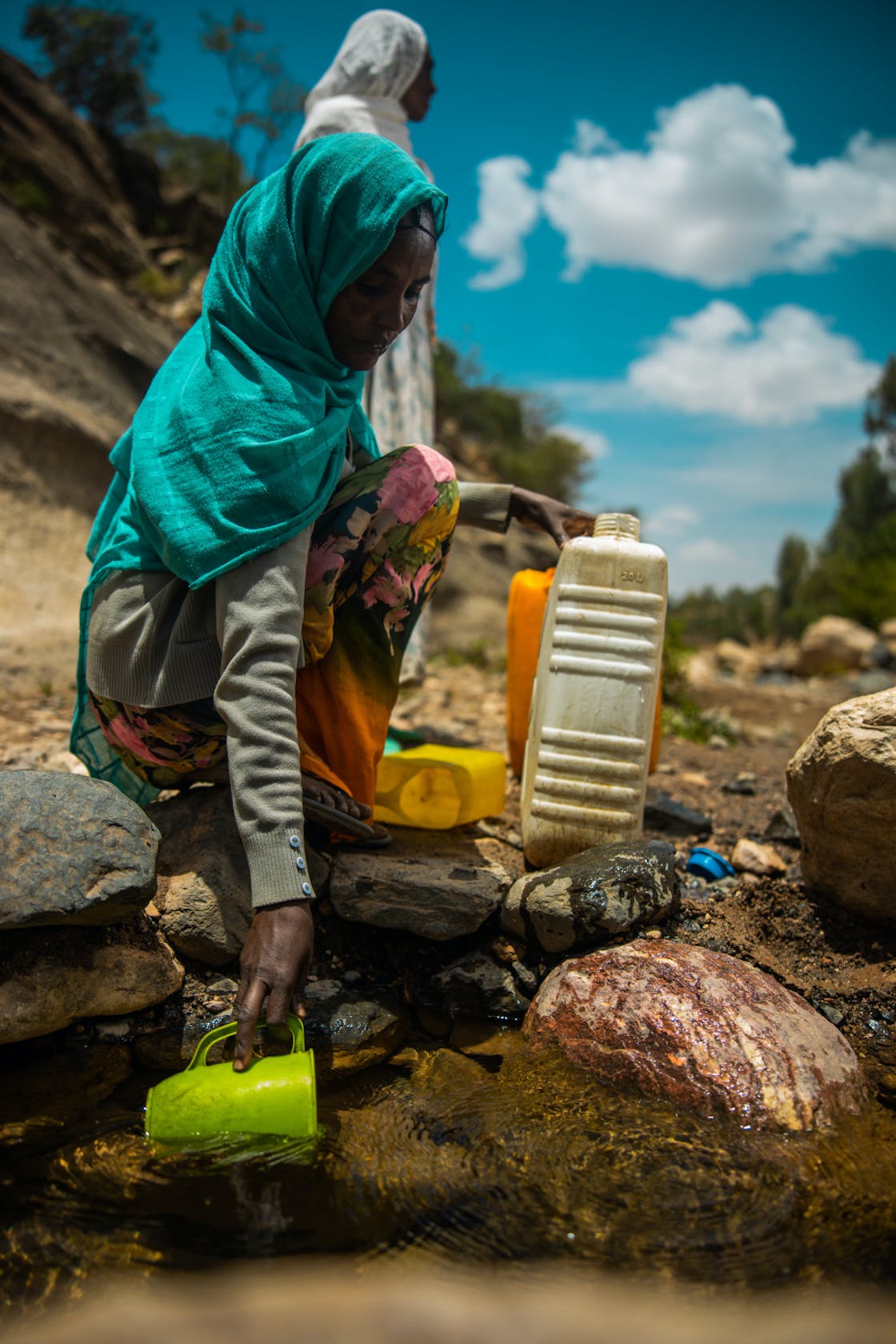 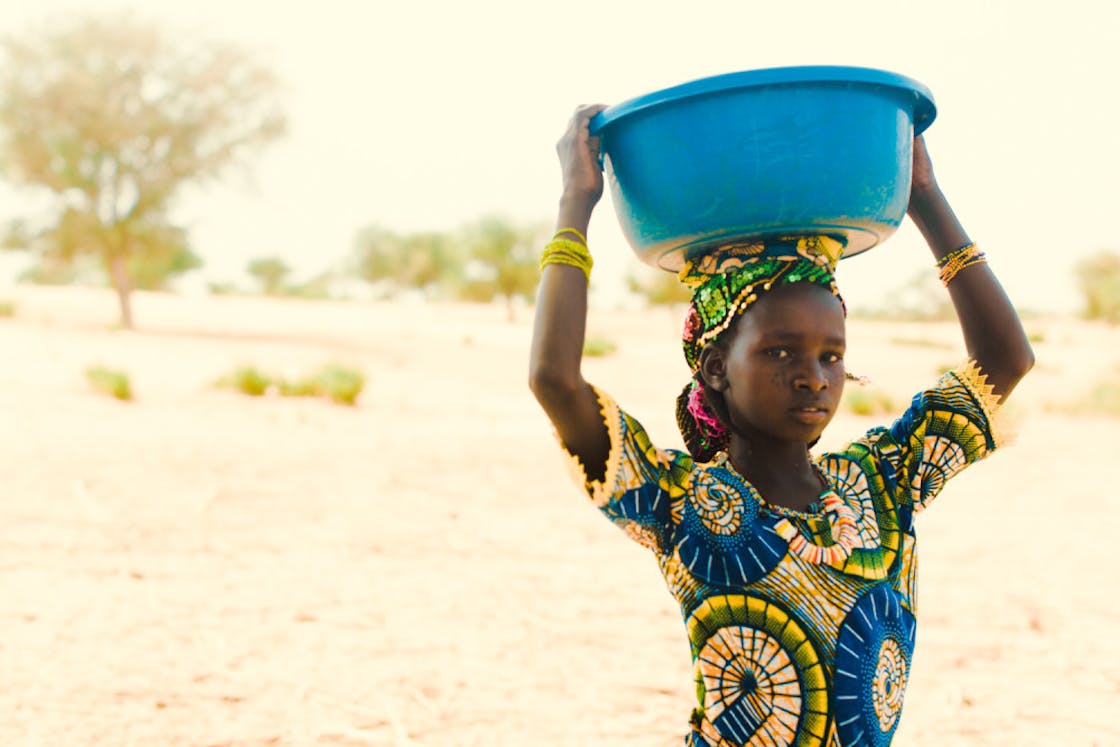 This burden robs women and girls of time to learn, time to be a kid, time to earn an income, time to rest, and time spent with family. For hundreds of millions of people, being born female means life revolves around water collection. Everything else comes second.

When we met 8-year-old Rita in Nepal, she was crouched down at the front of a long line, scooping water from a rocky basin into her metal water container. It was just after 6 a.m., and Rita and her mother had been waiting in line to collect water for their family of nine since 3 a.m. 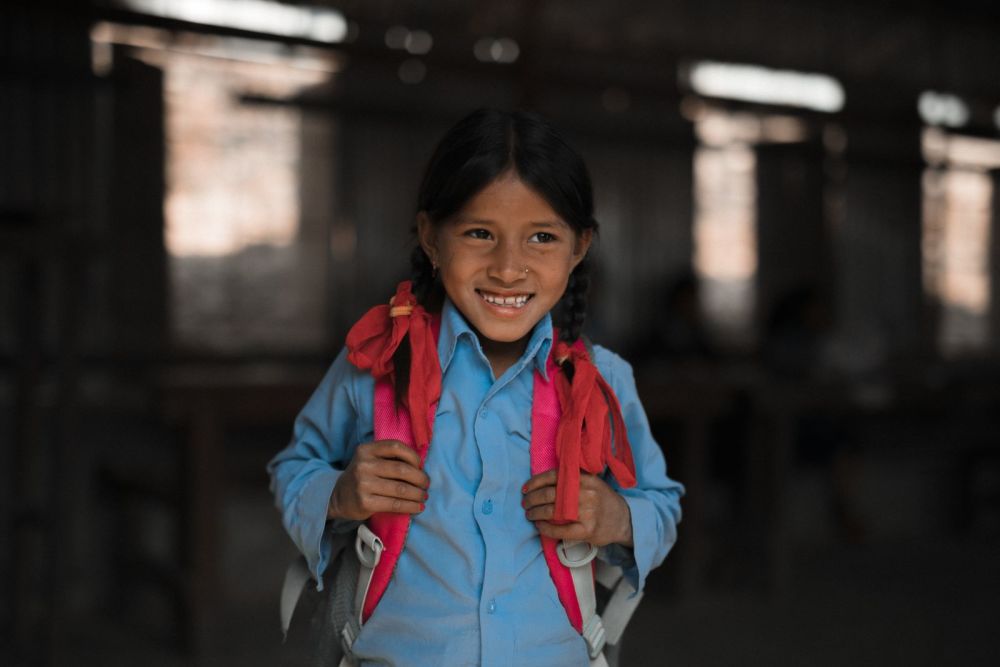 This isn’t an uncommon experience for young girls living in rural, mountainous parts of Nepal. Every day, they can spend hours waiting in line for the nearby source to refill or trek miles down the mountain to another dirty water source far below.

But this situation isn’t unique to Nepal. For girls all over the world, not having access to clean water means a life filled with more responsibility than opportunity. It means less time to attend school or study or enjoy being a kid.

When you remove this barrier, one of the most immediate transformations is school attendance for young girls. Globally, female enrollment in school increases by 15% when a community gets clean water.3 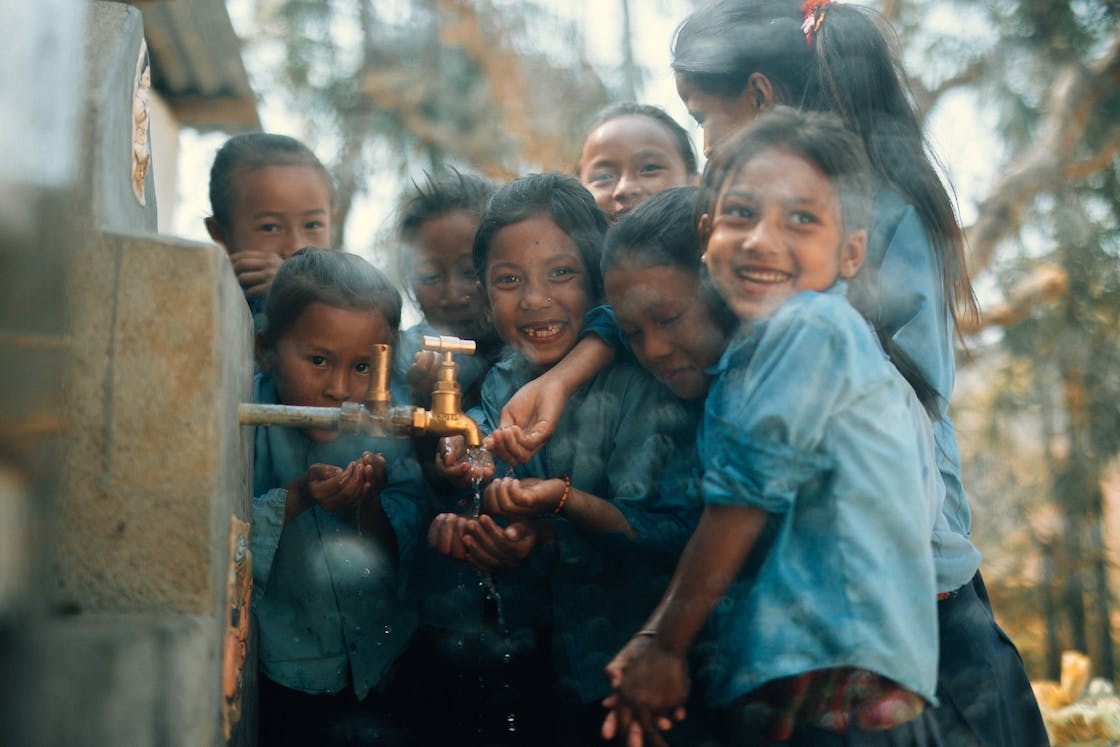 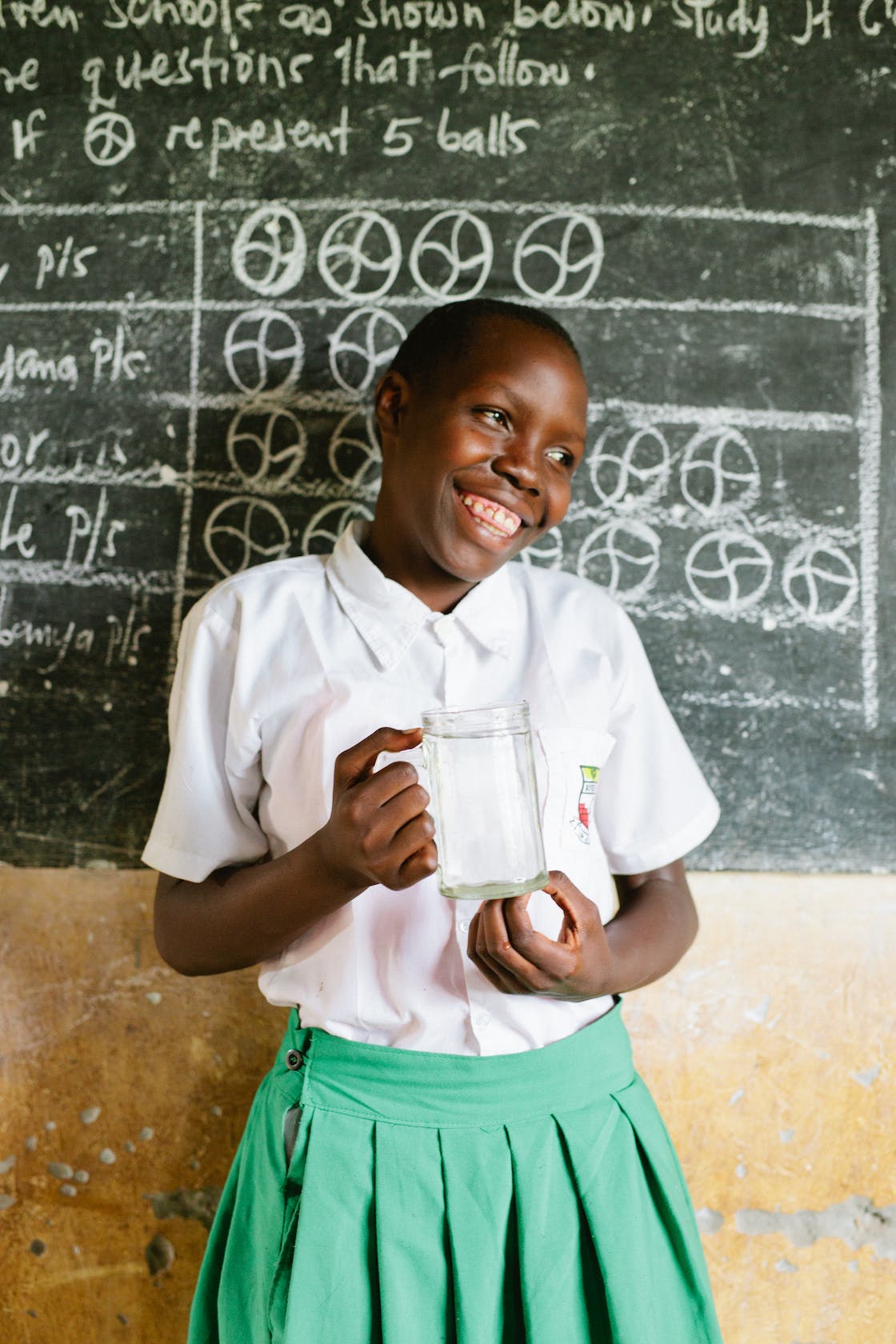 Dirty water not only keeps girls out of school, but it often prevents them from participating in the workforce when they grow up.

We met Honorine in Madagascar in 2019. In rural parts of the country, where Honorine lives, only 36% of the population has access to clean water. For most of her life, she woke up at 3 a.m. to begin her daily routine of water collection. She walked three hours, roundtrip, to a dirty river.

Like a lot of women, Honorine’s life revolved around getting water for her family, and managing illness when the water made them sick. She didn’t have time for much else.

But when her community received clean water, everything changed. With more time and access to clean water, Honorine was able to start her own business. She now has a successful restaurant that has become a social hub in the community—and the best place to get a fresh donut. Her entrepreneurship encouraged other women in the community who told us that after seeing what Honorine was able to accomplish, they were inspired to start their own businesses as well.

For women, collecting water is dangerous

Water collection forces women and girls to sacrifice their time. But, too often, it also forces them to compromise their safety and wellbeing—even risk their own lives.

Every day, even when they are sick and injured, women have to make the physically demanding walk for water—returning with a 40-pound (about 20 kilos) Jerry Can. Often, they’re traversing dangerous terrain. We’ve heard heartbreaking stories of wildlife attacks, women falling off of cliffs in Ethiopia, and girls who can’t swim drowning in open water sources in Uganda. 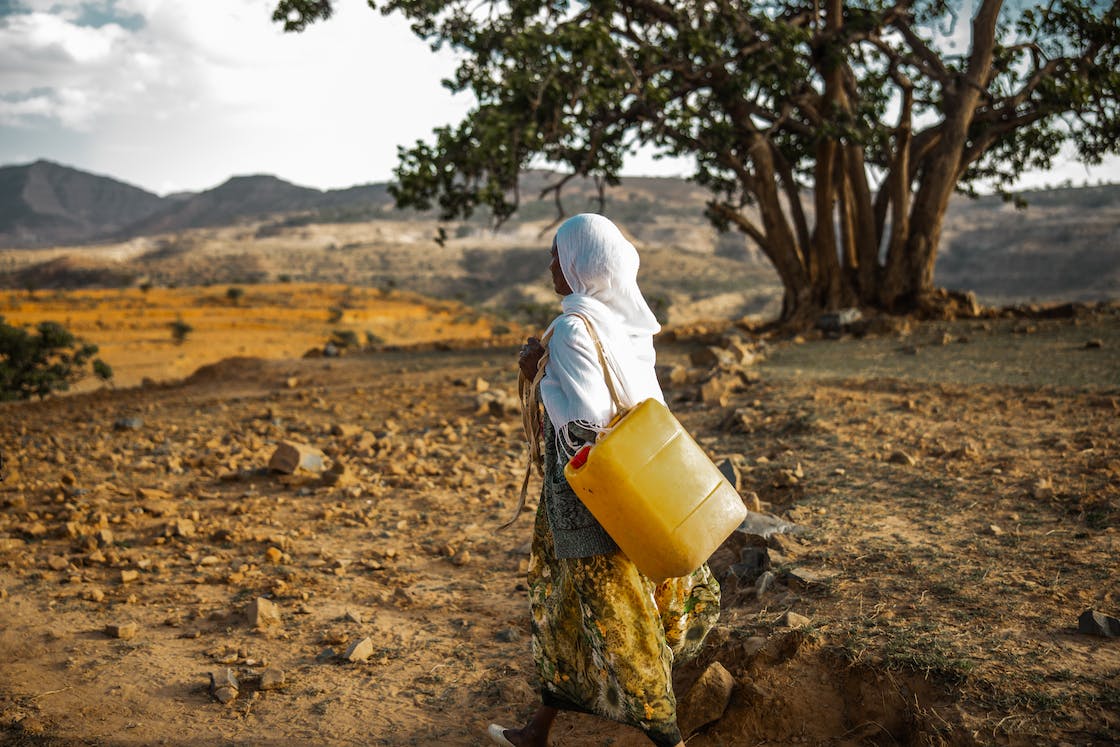 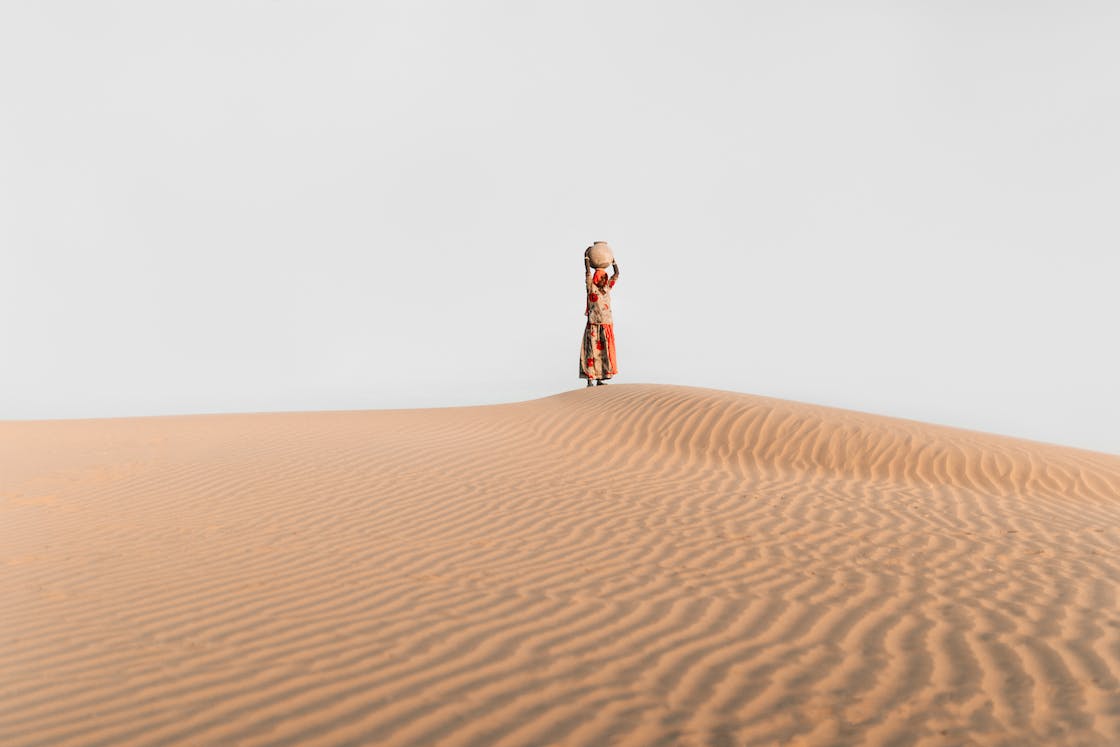 One of the most prevalent threats women and girls face on the walk for water is falling victim to gender-based violence. We’ve met too many women and girls who have been subjected to horrendous acts of sexual assault: young girls like Grace and Sarah in Uganda.

The sisters walked to collect water for their family every day. One day, on her way back from the lake, Grace was attacked by a group of men, and one of them sexually assaulted her. Weeks later, she realized she was pregnant. Grace was 14 years old.

Not long after, her sister Sarah, on the same walk for water, was also attacked, sexually assaulted, and became pregnant. 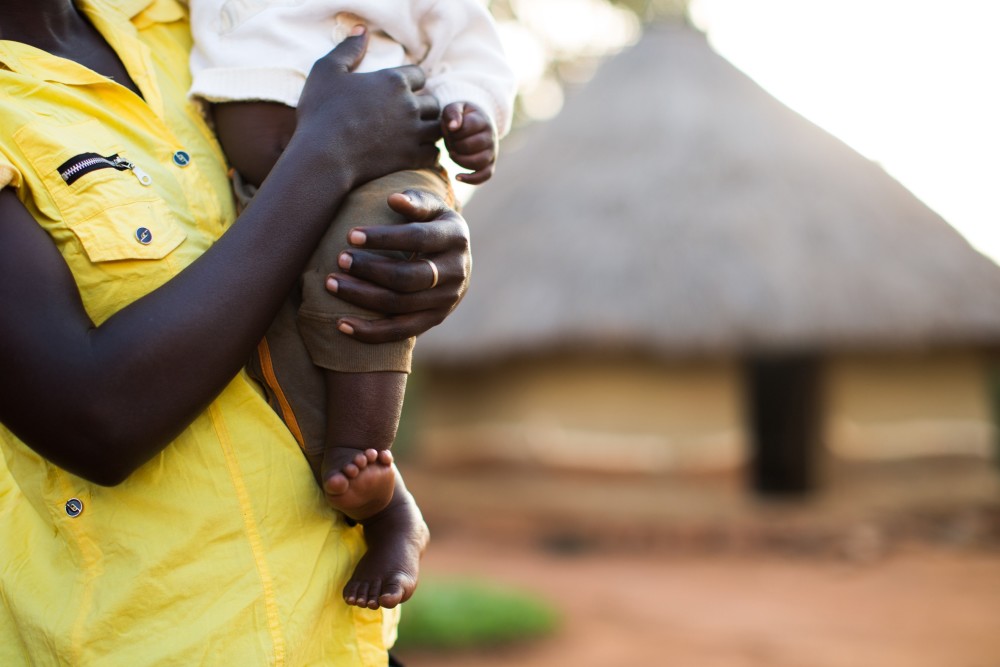 Both sisters were forced to drop out of school and battled the stigma of being young, unwed, and pregnant in their community. It was a devastating and debilitating time.

Today, Grace, Sarah, and all of the women in their village no longer walk to the lake to collect their water. Thanks to our local partner in Uganda, GOAL, they have a well in the middle of their village that women can access without fear of being attacked by anything or anyone.

Until everyone has this basic need met, women around the world will wake up every day and put their bodies on the line to collect water.

For women, limited and dirty water causes problems at home

When water access is limited, collecting it is only half the battle. After getting home, women are then faced with the impossible choice of how to use it.

Do they choose to cook, or wash their children’s clothes? Do they give their family drinking water, knowing it’s dirty, or does everyone get baths? How will they clean the house?

And when their children inevitably get sick from drinking dirty water, mothers have to pause other responsibilities to take them to the health clinic, spending precious time and money.

Mothers carry these stressors and manage a continuous juggling act around water day after day. Over time, household tensions build, and in some cases, even lead to domestic violence.

Women have told us stories about taking longer than usual to collect water, and coming home to angry, suspicious husbands. Or being hit by their partner when they couldn’t fit all of their household responsibilities into a day.

But providing access to clean water can significantly alleviate tensions in households.

Since getting clean water, “I have seen peace in families at the household level,” a man named Sam in Uganda told us. “There is no longer suspicion of a woman taking too long to collect water.” 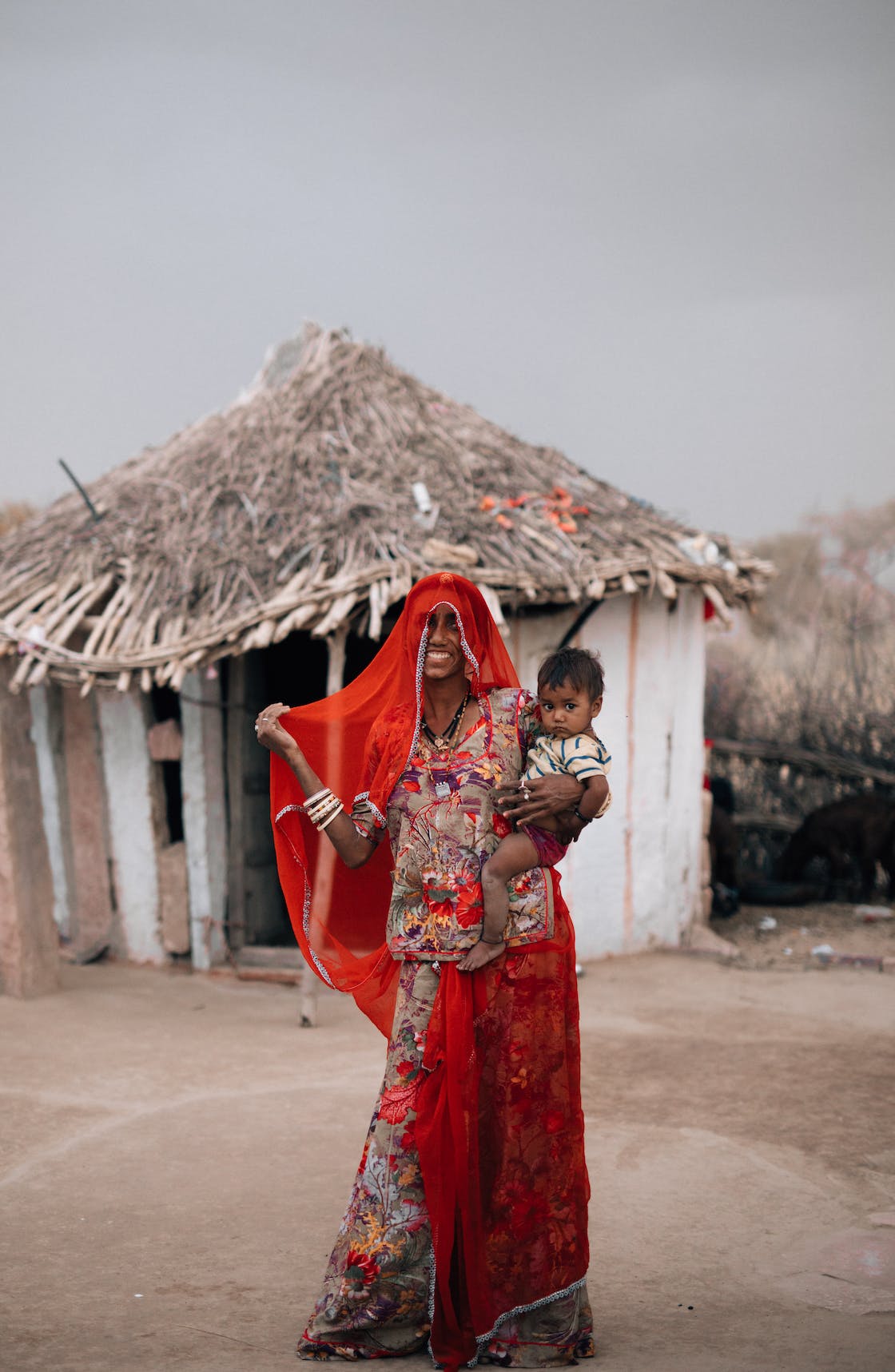 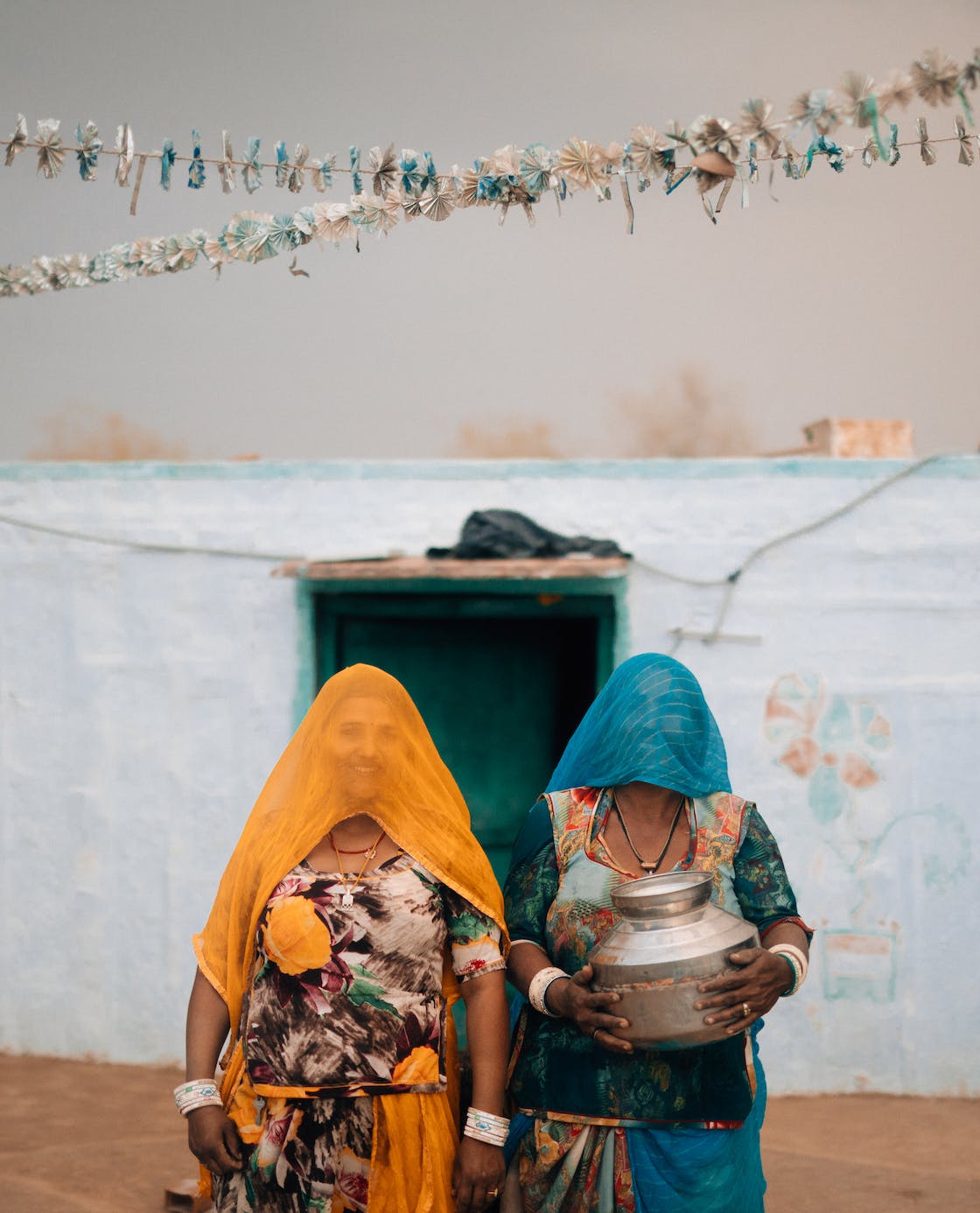 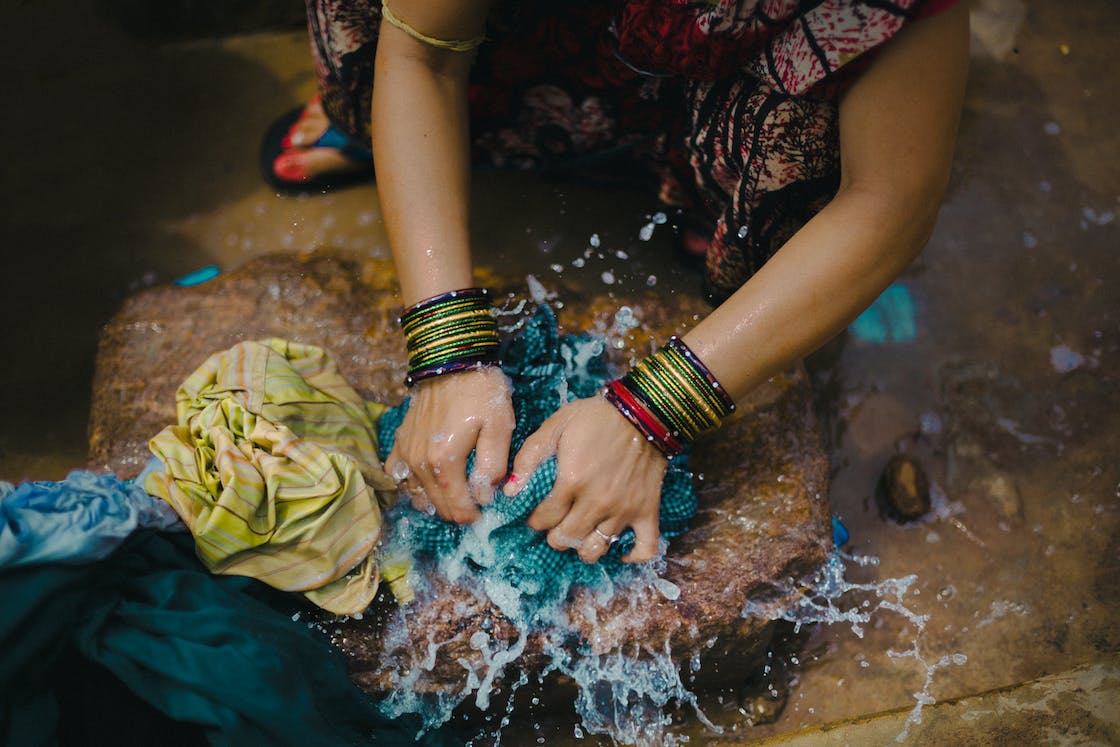 For women, not having access to water makes menstrual hygiene difficult

When we met Nora in eastern Uganda, she told us that before her community received a well, water was very limited and couldn’t be wasted on things like hygiene. “We would only use it for cooking,” she said. 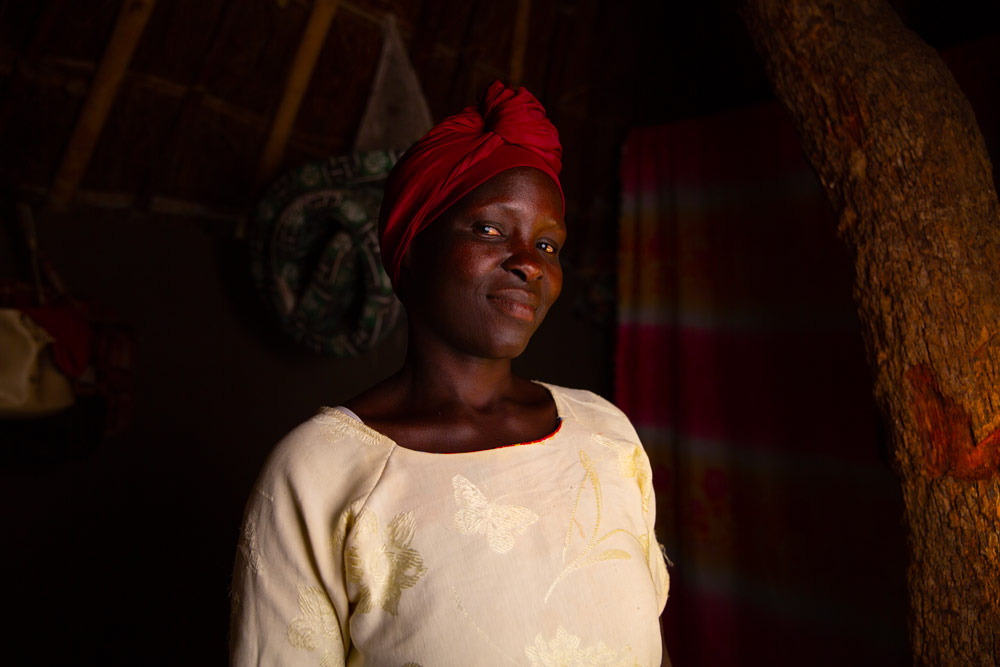 This meant that during her period, she never had enough water to clean herself. She talked about the struggle to cover up stained clothing that she couldn’t wash. She was ashamed to be around people, so she stayed close to home and wouldn’t invite visitors to her house.

In 2019, Nora’s community received a well. She said she can now shower throughout the day, wash her clothes, and host visitors whenever she wants. As Nora put it, “I am no longer in fear because of my period.” 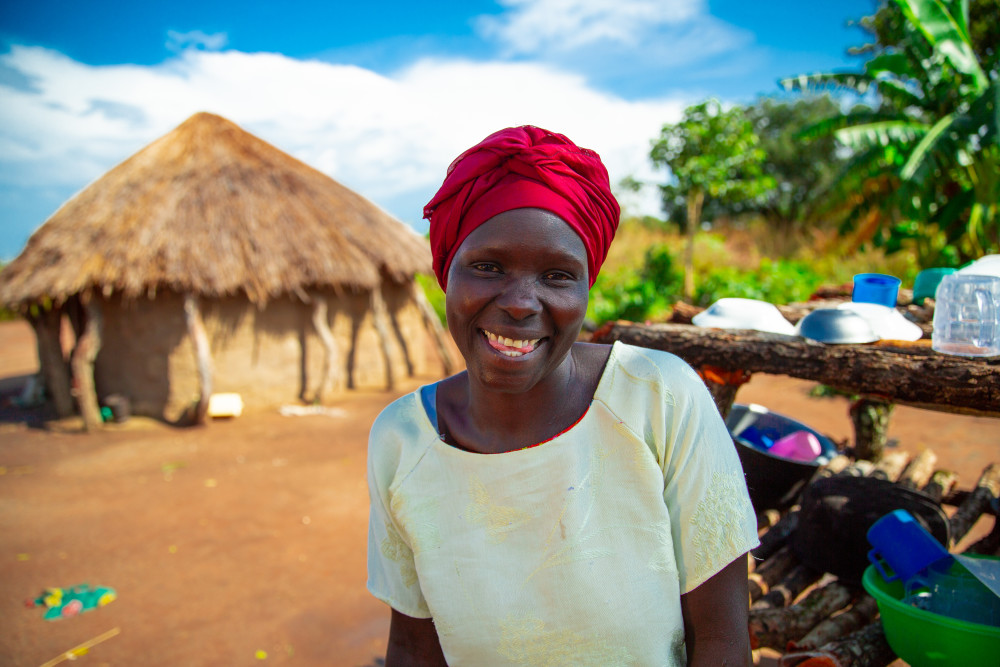 For millions of women and girls around the world without access to clean water, the challenge of menstrual management can be cross-cutting and debilitating. It forces them into isolation during their period, limits their full participation in society, and robs them of dignity—month after month.

For women, access to clean and safe water is the solution

Every day the water crisis goes unsolved is another day that hundreds of millions of women and girls miss out on opportunities their male counterparts have. We know that reality can feel stark.

But here’s the good news: we know how to solve the water crisis.

We know that we can give millions of hours back so that girls like Rita can get an education and women like Honorine can become entrepreneurs. We can keep girls like Sarah and Grace safe and in school and empower women like Nora to live a full life, uninterrupted by the struggle and shame of managing her period.

All we have to do now is work together. Because together, we can solve the water crisis in our lifetime. And solving the water crisis will not only change what life looks like for women and girls, but for families, communities, and countries all around the world.

Let’s get to work. 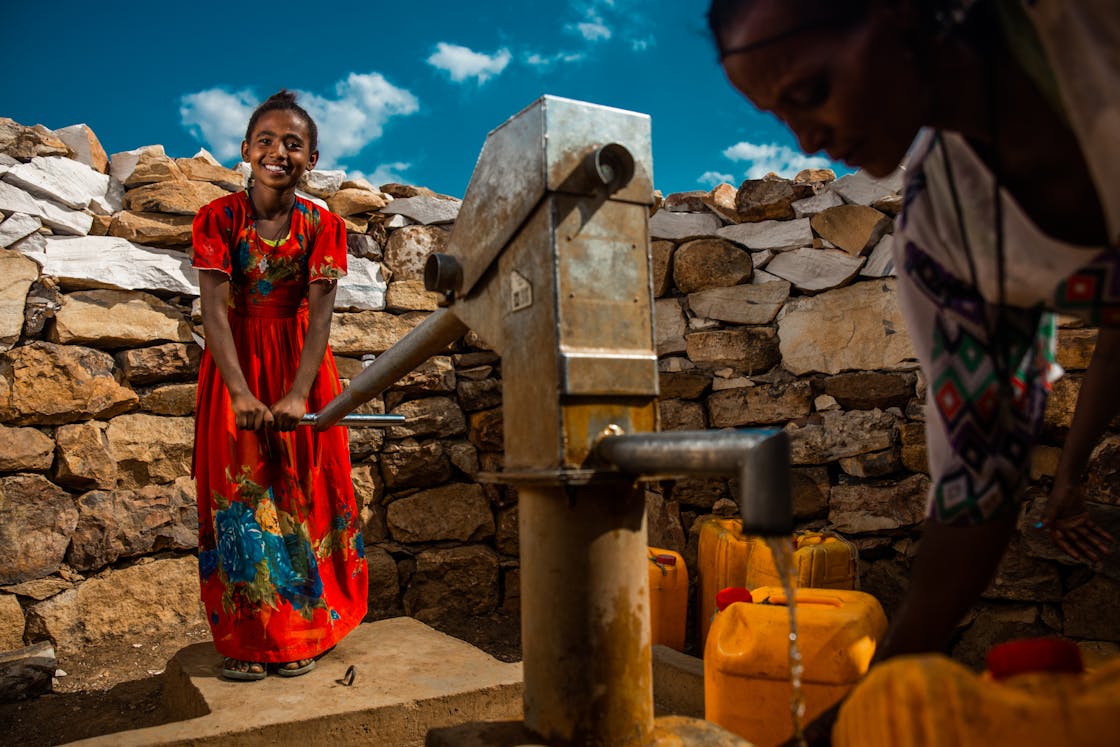 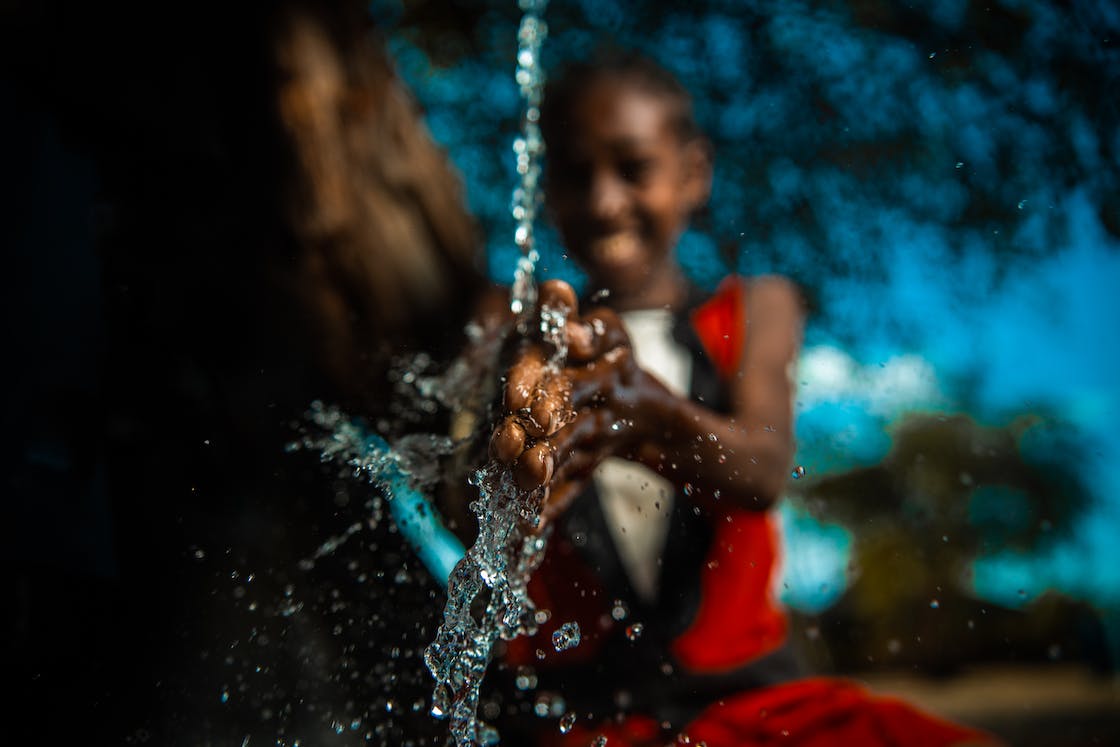 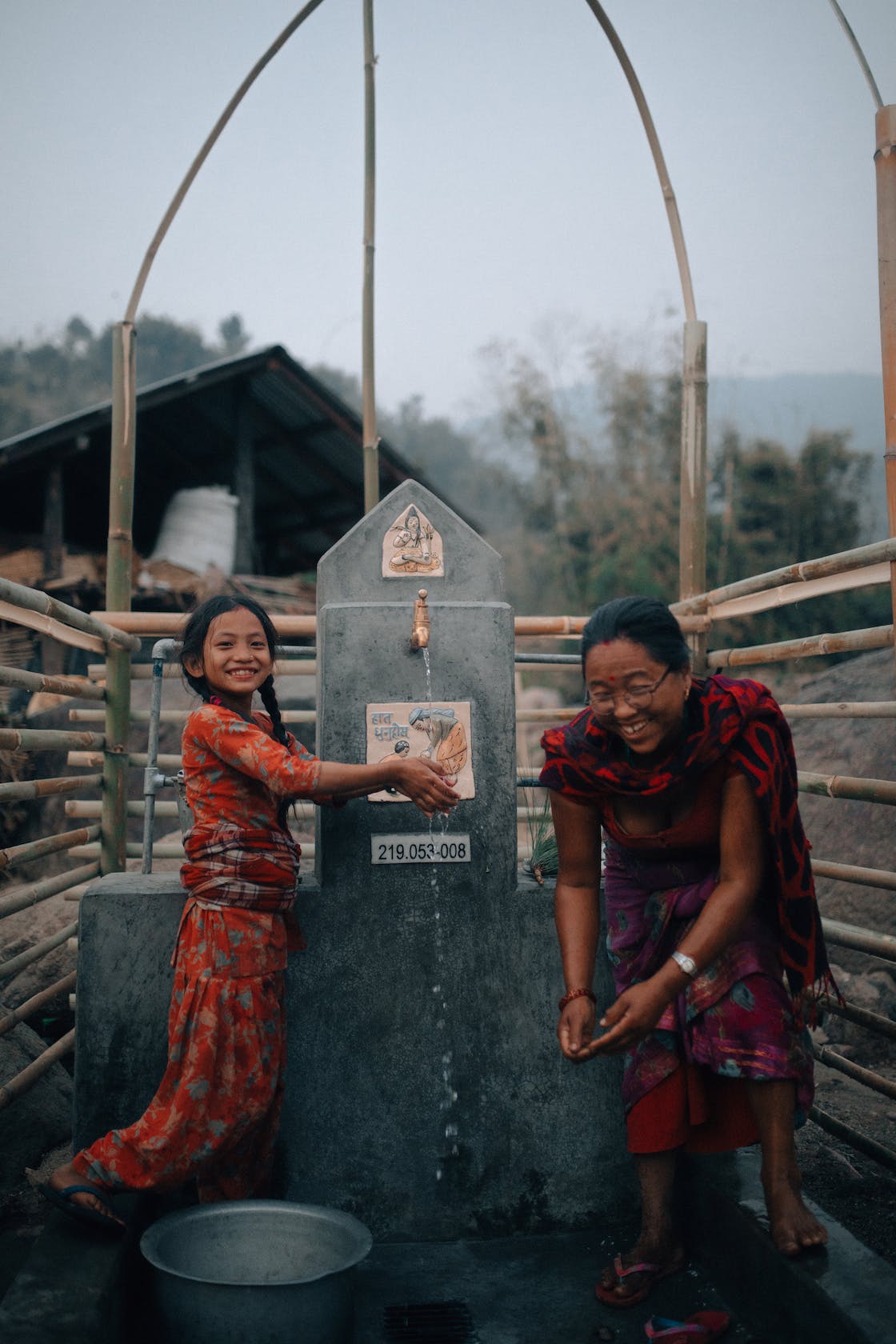 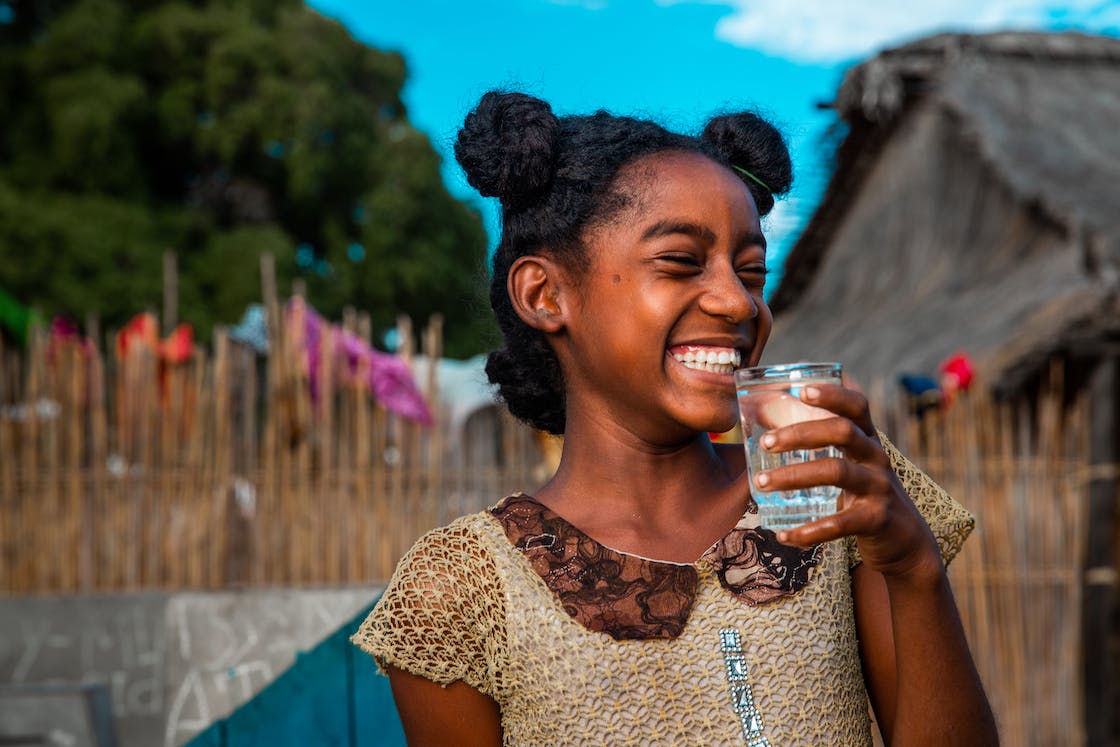 With your help, we can bring clean water to even more women and girls around the world. Join us today by becoming a member of our monthly giving community, The Spring.